The Australasian Society for Physical Activity (ASPA) has recently unveiled a new campaign to make transport in general safer and active transport more viable around Australia. Partnering with We Ride Australia and other organisations, The Three Transport Priorities is aimed at the upcoming Federal Election.

The three priorities (explained below) are also designed to boost the Australian economy by slashing the cost of congestion, air pollution and physical inactivity, which currently cost the country more than $57 billion a year. 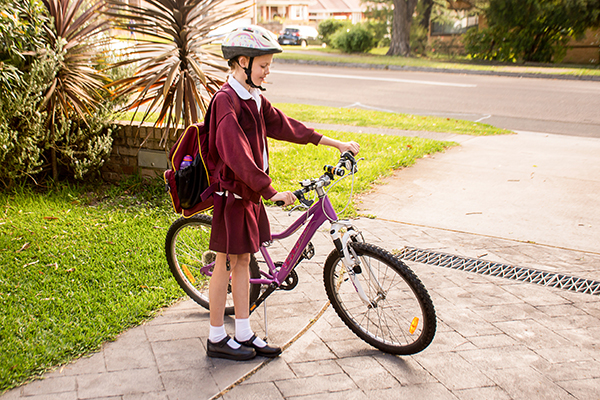 In Australia, speed is the number one cause of motor vehicle crashes. The first priority is therefore lowering the speed limits in urban areas (such as residential areas, school zones and around shopping precincts). Research shows that 13% of crashes could be avoided by reducing speed limits to 30km/h on non-arterial urban streets resulting in a national economic benefit of $3.5 billion a year.

Other likely benefits to the community of lower speed limits are a reduction in traffic congestion, less noise pollution and increased foot-traffic around local businesses.

Safe routes and pedestrian priority crossings within 500- 1500 metres of all schools with the aim of getting more children to walk or ride to school is the second priority. These would be accompanied by designated ‘no drop off’ zones adjacent to school grounds to enhance safety for all Australian students. Currently, half of Australian parents have safety concerns about letting their child walk or ride to school. This may explain in part why only 1 in 4 children walk or ride to school (down from 3 in 4 a few decades ago) even while 2/3 children live within 5 kms of their school.

The third transport priority is to provide subsidies for e-bikes as its high purchase price is a barrier to switching to this mode of transport. The use of electric bikes can also save the economy in many ways, for instance by lower wear and tear on roads and a reduced strain on healthcare systems as active transport commuters are healthier. In fact, economic modelling has shown that money spent by the government subsidising electric bicycle purchases will return more than triple the spending in saved costs over the long run (this varies on the amount of the subsidy per bicycle).

“As Bicycle NSW seeks to work with all levels of government to improve the riding environment for all bicycle users, it makes strong sense for Bicycle NSW to work in partnership with this alliance and support them at a federal level”, said Bicycle NSW CEO, Peter McLean.