Last week a number of riders were fined for “Not using Bicycle Lane” at the corner of Liverpool and Pitt Streets in Sydney. While there is a cycleway it is NOT a designated Bicycle Lane according to Rule 153 of the NSW Road Rules.

Here is the intersection below:

To be precise, the actual definition of a bicycle lane according to NSW Road Rules, Rule 153 is defined as “a marked lane, or the part of a marked lane:
beginning at a bicycle lane sign applying to the lane, and
ending at the nearest of the following:

(i) an end bicycle lane sign applying to the lane,
(ii) an intersection (unless the lane is at the unbroken side of the continuing road at a T-intersection or continued across the intersection by broken lines),
(iii) if the road ends at a dead end-the end of the road.

This is the important signage where you must obey if you are cycling on the roads:

With that being said, there is a slight difference to that of a separate cycleway.

Although the term “cycleway” is a term that is not part of the regulations, the definition of a separated cycleway in Sydney’s CBD is referred to sections of roads/paths where cyclists and pedestrians are allocated separate areas of use. They are also considered as ‘bicycle paths’. The only exception to this is Rule 51, which prohibits cyclists crossing the bridge on roads, but this only applies to the Sydney Harbour Bridge. The other type of “cycleway” is a “shared path”. According to Rule 242, these shared paths are separate areas where space is shared between cyclists and pedestrians with the separation, which is found on the bicycle path.

As shown in the picture above, the symbols do not show or designate either a bicycle lane or bicycle path and this is considered as a “bicycle route”. As part of the bicycle NSW guidelines, a bicycle route is defined as:
“Bicycle route – any marked route which forms part of a bicycle network. The route may utilise different types of bicycle facilities and may be on-road (bicycle lanes and bicycle shoulder lanes), or off-road (bicycle paths, separated paths and shared paths) in the road related area paralleling roads or, through parks and reserves.”
Basically, a bicycle route is simply a recommended route for cyclists to follow but it includes the use of regular roads. “When the bicycle symbol is painted on the road, be it in the centre of the lane or the shoulder, and neither a bicycle lane or bicycle path regulatory sign is present, the road is for all intents and purposes no different to any other road a cyclist may choose to ride on” says Rob Berry, General Manager of BikeWise.

As seen at the start of the intersection of Liverpool St, there is clearly no signage of a “bicycle lane” so this is considered to be as a “cycleway.”

Bicycle NSW has been contacted by a number of individuals affected by this and have made a request to NSW Police that:

A huge benefit of being a Bicycle NSW member is that we provide you with free legal consultation with Veritas Law Firm when it comes to these sorts of issues. Veritas Law Firm are highly experienced and will help any cyclists that are in need of legal advice regardless of their financial situation. 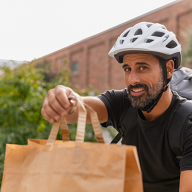 A Christmas present from Rob StokesJan 7, 2020