As drivers are well aware, the average price of unleaded petrol in Australia has recently surged well above $2 a litre. This rise has been caused by the increase in oil prices and the fuel excise levied by the Australian Government, which is currently 44.2 cents in excise for every litre of fuel purchased.

The  price of oil - the main component of petrol - is extremely high as Russia is currently unable to supply oil to global customers due to sanctions punishing the country for invading Ukraine.

At the end of February, the price of oil spiked to its highest level since 2008, and analysts say the price could go even higher as countries continue to refuse to buy from Russia, worsening a supply shortage in the market. 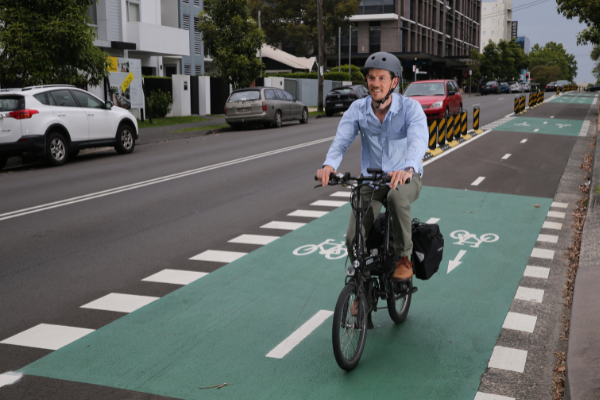 Worldwide, commuters are turning towards active transport - especially electrically assisted bikes -  as a solution to the problem of expensive petrol prices, which is increasingly being seen as a long term issue. NSW is no exception, with Chris from 99 Bikes Carlton observing that  “We have noticed that customers have started to voice their concerns in the store that they 'might need to start using their bike more due to the increase in petrol prices'“ when contacted by Bicycle NSW.

For many, traditional push-bike riding may be too large of a jump to make from riding in a car or bus. In these circumstances, electric bicycles may be the perfect middle ground. Electrical assistance can give that extra boost to make your commute easier and allow riders to travel further than on a regular push bike.

However, it can be difficult to calculate the exact difference an electric bike rider would pay for electricity vs. what they would pay for petrol for the equivalent distance. We’ve put together a quick comparison below to make this an easier choice.

If we assume that the average commuter will drive 6,000km a year (10km commute, 5 days a week, for 48 weeks each year, plus another 1,200km a year for some shopping or other short trips), then the difference between expenditure is startling.

A 2019 Toyota Corolla Automatic has a factory-rated fuel consumption of 6L per 100km. At the current E10 prices of $2.10/L (the cheapest type of petrol commonly available at petrol stations), this means that fuel costs alone will cost $756 per year.

Compare this to the case of the e-bike: A common e-bike battery size is 36V 17Ah. To ride 6,000km a year you would likely need to charge this battery three times a week on average. A 36V 17Ah battery equals 612Wh, and after accounting for a 20% energy loss during the charging process, we can assume it will take 0.734kWh to fully charge the battery.

With the standard NSW cost of electricity approximately $0.22 per kWh (per Canstar Blue), a single charge would cost around $0.16. Extending to a year, we reach the figure of $25.19 – a far lower figure than the $756 the Corolla cost in fuel.

Add to this the cost savings that come with improved mental and physical health, and far lower initial cost, it seems there has never been a better time to begin to replace parts of your commute with active transport. Of course, if one were to forgo the electric assistance, the difference in running cost would be even greater. And one should not forget that the benefits are not just personal: reducing reliance on oil is good for the environment and good for geopolitical stability - rebalancing power away from those with large oil reserves, such as North America, the Gulf States and Russia.

This view is echoed by Peter McLean, CEO of Bicycle NSW: “We should use this moment as an opportunity to reduce our reliance on fossil fuels which will positively influence geopolitical issues around the world… People in metropolitan areas can simply change their behaviour and reduce or avoid expensive fuel by jumping on public transport or using active transport. It might just be the push some people need to get on their bike and realise all of the other wonderful benefits of cycling."

The prospect of integrating active transport into your routine may seem intimidating, but it doesn’t have to be. If you are interested in trying it out, we recommend mapping out your commute along the best available bike paths.  If you are unsure whether to invest in a bike, reach out to your local bike hire shop and hire one for a week.

One of the many benefits of being a Bicycle NSW Member is a 15% discount on products from our partners at 99 Bikes. Join Bicycle NSW today to access these great savings.

On The Right Track

New Life For Your Old Rides 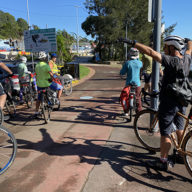 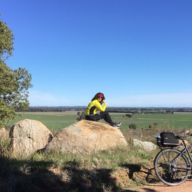 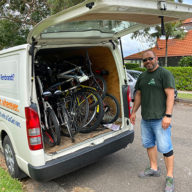 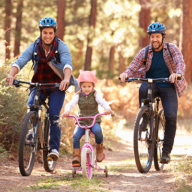 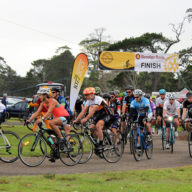 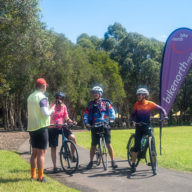