The name says it all. Everyone wants Better Streets – streets that are safer, healthier, quieter, leafier and more sustainable. 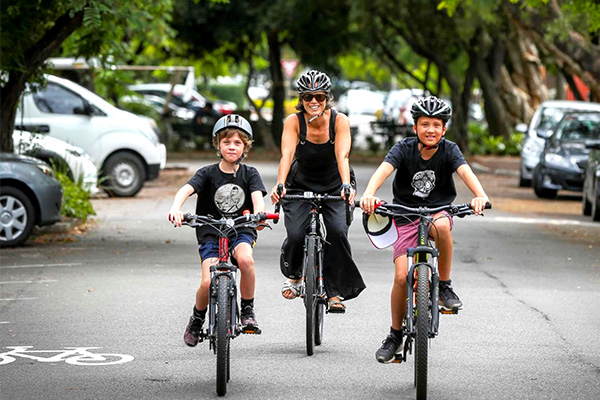 A Better Street in inner Sydney has limited through traffic, low vehicle speeds and plenty of shade. It is a street where everyone feels safe to walk and cycle (Image: City of Sydney)

Better Streets is a coalition of planners, advocates, community groups, pedestrian and bicycle groups that are working to support local and state governments roll back 70 years of car-centric planning.

The group has launched in New South Wales using a model developed in the UK and aims to supercharge the process of reclaiming street space for walking and cycling in our cities and towns.

Bicycle NSW has joined the Better Streets coalition as it gains pace across NSW and we’re asking you to join with us.  After all, what is better for our streets is also better for bike riding.

“Bicycle NSW will lead the two-wheeled elements of the Better Streets campaign”, says Bicycle NSW CEO Peter McLean. “The Better Streets framework will help our advocacy for bicycle riding be more effective by aligning with a movement for healthier, safer, slower, less-car-dominated streets.  Ultimately, we all want the same outcomes for our suburbs and town centres.” 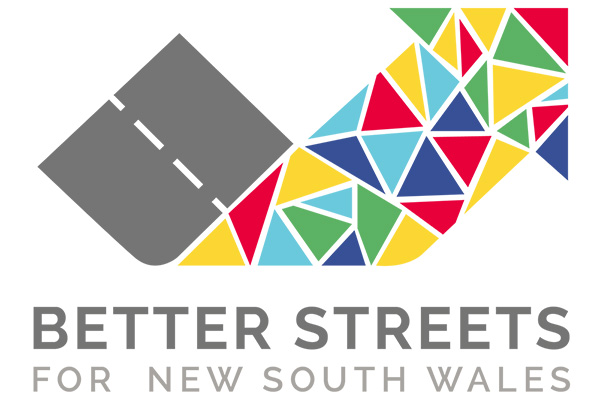 The Better Streets logo reflects the coalition's ambition to turn grey traffic-dominated streets into spaces for community life in all its colour!

Who can argue with our kids’ right to be safe and healthy?

Most of us own cars that are being driven way too much and it’s costing the planet and our kids. In Greater Sydney, 70% of trips under 2 km are taken by car because driving is still perceived as the easiest, safest way to get around.  Parents drive their kids to local schools and clutch their hands crossing roads because the streets are unsafe and dominated by increasingly large vehicles.

There’s an election in March and we are going for a joined-up approach to encourage politicians to place Better Streets at the top of the agenda.  Bicycle NSW and Better Streets advocates have simple and achievable solutions that can be rolled out across the state. We just need the political will and your support to get there.

In the run-up to the 2023 NSW election we will be asking every candidate if they support Better Streets for our communities. 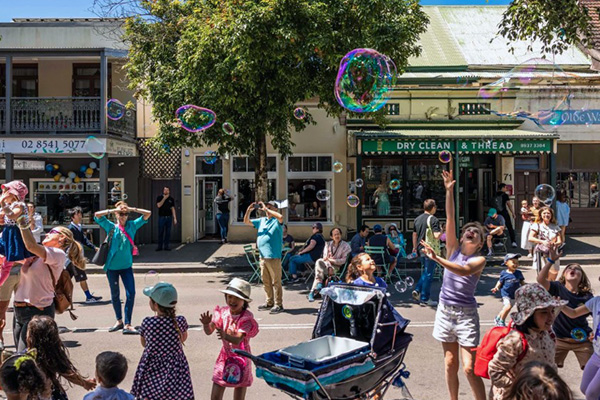 There are too many cars on the school run. 25% of Australian children aged 2-17 and 67% of adults are considered overweight or obese. Obesity linked to physical inactivity is a major contributor to type 2 diabetes and we can turn this around with commitment and action to make streets walkable and rideable.

Getting hit by a car (not cancer) is the biggest cause of premature death of children in Australia. 30’km/h is international best practice for creating safe mixed traffic environments. Above 30 km/h the chance of permanent injury and death rises exponentially. Local streets are where we live, work and play. They’re not race tracks. That’s why we’re saying 30km/h on non-arterial roads.

Converting streets to quiet ways, removing traffic around schools, lowering speed limits, as well as building separated cycleways? It is not rocket science! The aim is to build 1,000 kilometres of connected, safe and direct cycle and micromobility routes per year. Other countries are doing this now.

Liveable streets have ample space for cycling and walking. They put pedestrians first, with plenty of tree shade, and places to sit, play and socialise. Transforming streetscapes to prioritise people over cars and parking make for beautiful centres of community life that are great for business.

Safe regular pedestrian crossings, in locations where people need to cross the street, are key to creating vibrant, safe and inclusive streets. It is essential to ensure that walking trips – which are part of every trip, whether or not they include other modes such as public transport of driving – are direct and uninterrupted.

The Better Streets campaign aligns very closely with the Bicycle NSW 2023 election ‘asks’.  We ask for every street to be a Better Street, 30km/h speed limits on residential streets and town centres, a network of connected separated cycleways on key corridors where traffic is faster, and a fully-funded active travel to school programme to get 75% of children walking, cycling or catching public transport to school.

We will also focus on legislation and budget.  We want road space reallocation and providing walking and cycling to be included in the Roads Act. This would positively change how NSW infrastructure is delivered. Also, when a child is hit by a car, we want the ‘presumed responsibility’ shifted back onto the driver. That will incentivise drivers not to speed and make the streets safer for our kids.

We ask for cycling and walking to be funded fairly. The active transport budget must be doubled to $400 million/year or around 2% of the total transport spend. Imagine what could be done with 10%, the international best-practice benchmark!

The Bicycle NSW election campaign page will incorporate all the Better Streets information you need when reaching out to NSW candidates. As their responses come in, we will compile a score card showing who supports safe, beautiful infrastructure in your electorate and who is happy with business-as-usual where streets are dominated by vehicles.

For the sake of our health, the environment and the right for everyone to move around safely, it is actually a race. Let’s elevate the candidates who support better streets, and drop the ones who don’t. 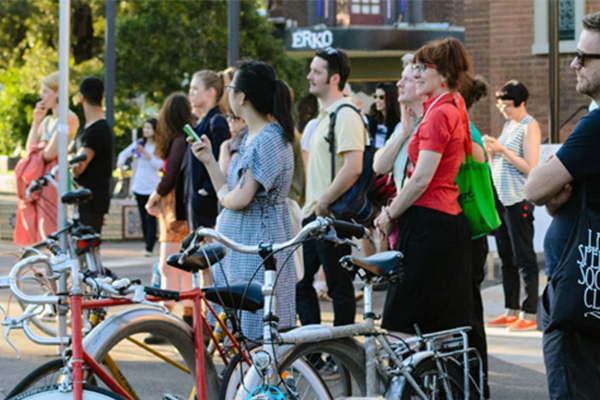