Laws are changing to ban bicycle riding in light rail corridors.  Ultimately the failure to build a network of safe separated cycleways leaves everyone stuck. This ban for cyclists sees congestion brewing!

The way the light rail was constructed in Newcastle made it impossible for people riding bikes to cross tracks at a safe angle at the intersection of Pacific and Scott Streets.  In spite of injuries nothing was done and Bicycle NSW member Danny Egan died on the 10th of July when he crashed whilst trying to ride across this intersection. 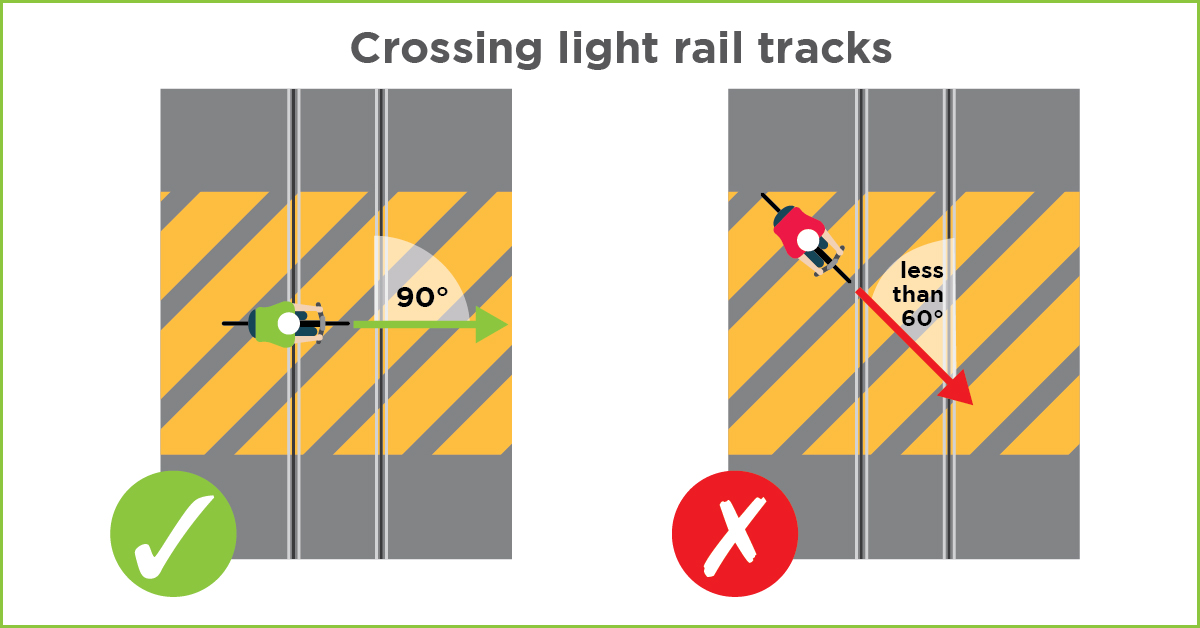 An inquest into Danny’s death made 8 key recommendations on the 8th of October.  This included that people riding bikes be excluded from the mixed running area of the light rail, and that Transport for NSW should work with the City of Newcastle Council to provide safe alternative routes.

The ban was introduced on Wednesday the 16th of October, ironically Ride to Work Day for many.  However no NSW Transport funding has been provided to develop a safe cycle-able alternative.

Bicycle NSW has written about the need for safe crossing angles for light rail, and has invested time in exploring technology that may help NSW Transport make tracks safer for bike riders. 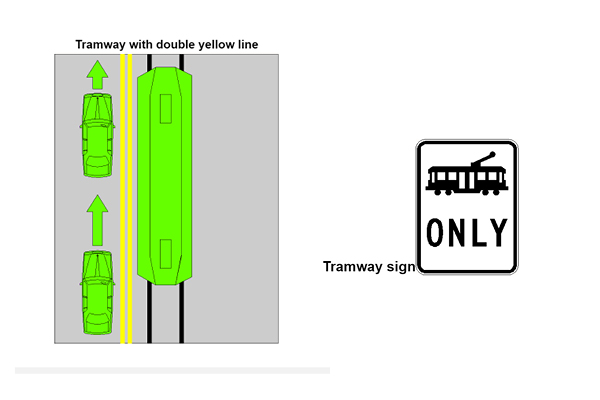 Unfortunately, now Sydney will see similar bans long before any safe, separated alternatives have been built.

Under the previous road rules, bicycles could ride in tram lanes, but this will change.

This ban for cyclists will now make it illegal to ride a bicycle in a tramway. This includes the full length of Sydney Light Rail corridor and the Inner West Light Rail corridor between Central and Darling Drive (near the Exhibition Centre) will be gazetted as a Tramway.

In areas where traffic shares the same space as trams, people riding bikes will not be permitted to travel along these corridors.  However, if there is a fully separated traffic lane beside a tramway, people can use this. 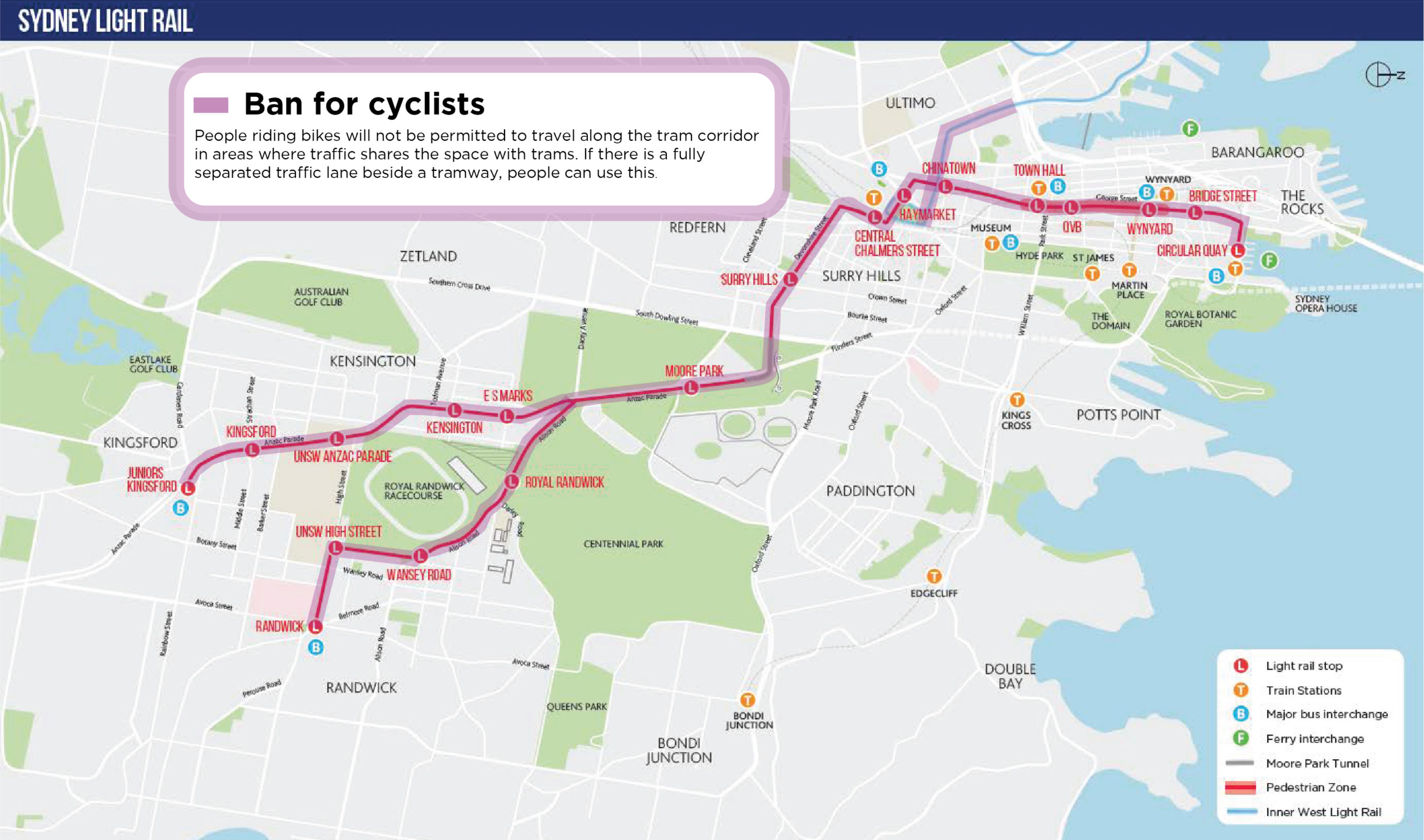 The problem is that Sydney increasingly depends on people riding bikes, for transport, the delivery of legal documents, parcels and food.  Currently there is a petition against the ban on George Street, but this is only part of the problem.

“Sydney will grind to a halt if all of the deliveries and journeys currently made by bicycle have to be replaced with motor vehicle traffic,” said General Manager of Public Affairs, Bastien Wallace.

“We are calling on Transport for NSW to provide a safe rideable alternative to light rail corridor bans in order to keep people and businesses operating,” said Bastien.