Bicycle NSW has been looking forward to Wagga Wagga completing its network of bike infrastructure, so we were glad when Phil reached out with a local perspective. 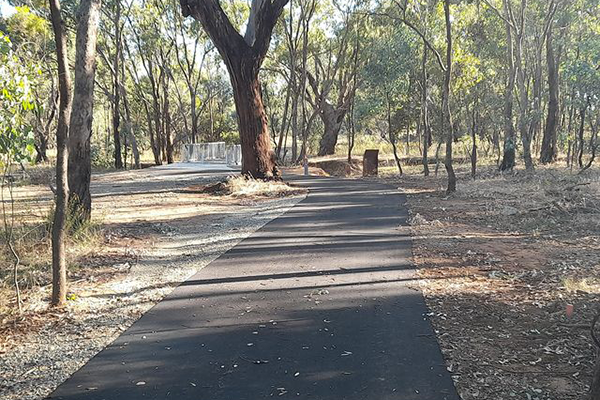 A lifetime bike rider who has never owned a car, Phil understood the implications of Wagga Wagga Council announcing they would be building a network of safe infrastructure for bike riders.  His next move was to buy an e-bike, enabling him to take full advantage of the opportunity to travel further in safety.

Phil isn’t alone.  Bike riding in Wagga Wagga has been gradually increasing over the past two years, spurred on by Council working with the Federal Government to develop a cycleway and walkway along the levy bank.  Family and group rides have increased and the sale of bikes and e-bikes has grown.

Bicycle NSW has seen bike riding rates increase in cities wherever safe facilities separated from motor vehicles have been provided.  Wagga Wagga offered an excellent opportunity to see how bike infrastructure could help reshape regional communities, and Bicycle NSW has encouraged Transport for NSW to measure ‘before’ and ‘after’ riding rates.

Importantly, this is to be a network, not just a few pathways, connecting to the University, army base, town centre, wetlands and schools.  Once complete, a safe network of bike infrastructure will offer people a genuine choice about how they move, without needing to compromise on safety.

Council is also determined that Wagga Wagga become a destination for bike riders, and has invested in a new jump track and is building a $9.2 million multisport cycling complex with the help of the Regional Sports Infrastructure fund. Bicycle NSW has encouraged members to visit previously, but we’re looking forward to everything being completed next year.

Big thanks to Phil for his photos and we look forward to more updates and pictures if you live in, travel to or holiday in Wagga Wagga.