In looking at Active Transport (ie walking and cycling) it is worthwhile considering some facts from RMS and TfNSW publications:

“To improve the bike network by making comprehensive provision for bicycles on all new major road infrastructure projects with a strong preference for off-road cycling.”

The proposed F6 Stage 1 provides a unique opportunity to include high quality Active Transport infrastructure in this area.
However, this Active Transport infrastructure must be included in the plans now and not as an afterthought. The M7 Motorway is a great example of good planning, with a parallel, grade separated shared path. The recent M4 Widening is a very poor planning example, where a golden opportunity has been lost to provide a safe separated cycleway.

The Demand:
The 2011 Census (Journey to Work) data available through the TfNSW web site shows the area around the F6 Stage 1 (encompassing Botany Bay, Hurstville, Kogarah, Rockdale and Sutherland) is a major generator of vehicular traffic to work:

That is, over 54,000 people travel by car from the F6 Stage 1 area to the Airport or CBD by car each day. A mode shift to Active Transport of 10% could reduce the number of cars by about 10%. This is far greater than the reduction in car numbers which is seen during school holiday periods when traffic congestion is much less.

The Benefits of Active Transport:

The benefits of Active Transport are well known, but worth reiterating here:

The net economic benefit has been calculated as $1.43 for every kilometre ridden. (ref Qld DTMR, 2010).

Do Connected Cycleways work?
Too often in NSW have we seen disconnected cycleways being built and then criticised for low usage numbers. This is akin to building a short length of disconnected motorway and wondering why it’s not used! The same logic applies.
Independent research carried out for City of Sydney shows how people’s intention to commute by bike increases rapidly as safe, separated cycleways are provided: 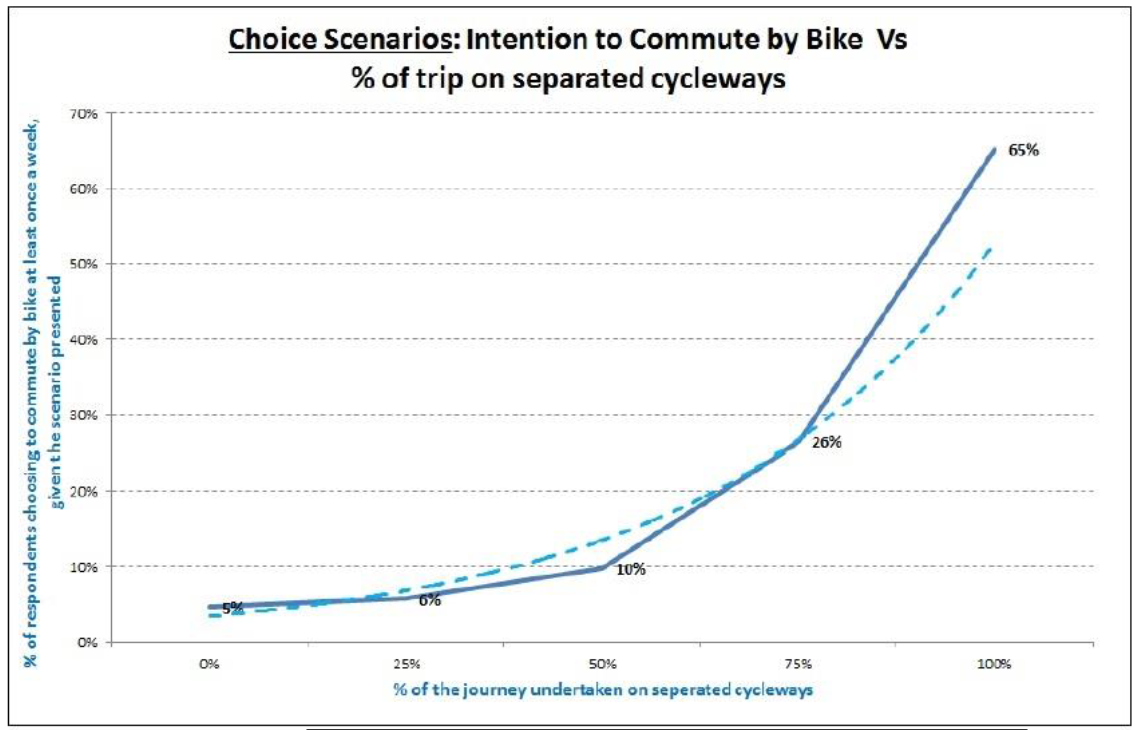 Where we have seen cycleways built and connected, then the growth in rider numbers is clear and demonstrable. The diagram below shows the massive increase in rider numbers in the City of Sydney over the past seven years where safe, separated cycleways have been built (ref CoS):

Likewise, the Parramatta Valley Cycleway has shown a huge increase in number as shown below. Of particular interest is the big jump in numbers which occurred in June 2017 – which correlates with the completion of a major off-road connection along Subiaco Creek (ref City of Parramatta). This demonstrates that a break in connectivity is a major inhibitor to Active Transport 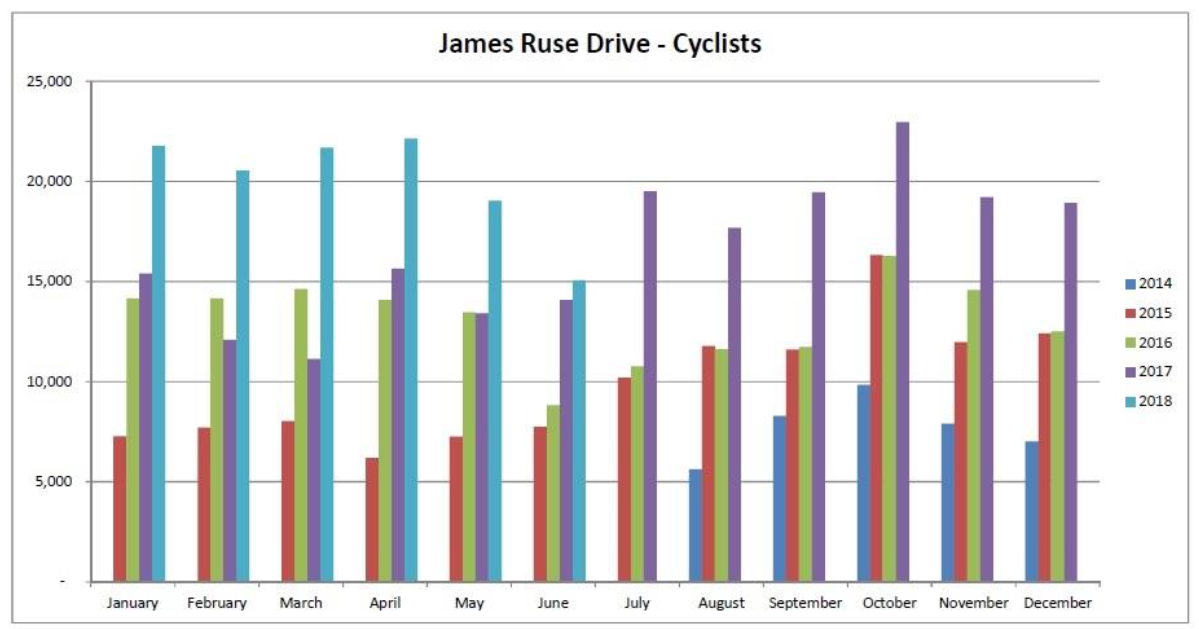 What Active Transport Infrastructure should the F6 Stage 1 include?
The F6 Stage 1 should include a separated Active Transport (AT) Link from Presidents Avenue to Sydney Airport. This link should be wide enough to also separate pedestrians from bicycle riders. This will be essential to “future proof” this AT Link given the anticipated number of future users. Anything else will be short sighted.

This AT Link must extend from the southern side of Presidents Avenue all the way to the northern side of the Cooks River. An AT crossing of the Cooks River is essential to link with existing infrastructure at the Airport and along Airport Drive. For far, far too long has the disconnected AT debacle around the Via Giovanni Brunetti Bridge and Marsh St been allowed to exist. Not including this connection would be like building the F6 without a connection to the M5 – it would not even be considered!

There is no better time to complete the AT Link across the Cooks River.

Some further details are provided below:

The NSW State Capacity to pay for this Active Transport Infrastructure:
We note that the State Government has set aside $2.4 billion for the F6 Stage 1. In the Project Overview document, we note that the “NSW Government is investing $41.5 billion on roads and public transport infrastructure over the next four years”.

To put this in perspective, the F6 Stage 1 project will cost each NSW resident approximately $320. The total transport infrastructure budget is about $1,380 per person per annum for the next four years.
And yet less that $40 million per year is spent directly on bicycle infrastructure, ie around $5 per person.

The NSW 2018-19 Budget Surplus is estimated to be $3.9 billion. NSW clearly has the capacity to invest much more on Active Transport Infrastructure. An international standard would suggest around $30 per person per annum, or $225 million per year. This would still only represent about 2% of the total transport infrastructure budget.