There has been more good news for rail trails in NSW. 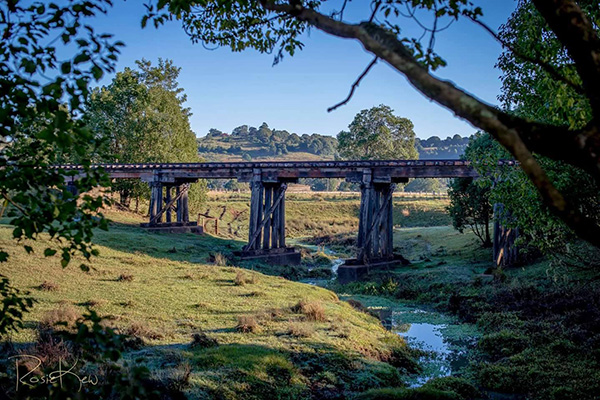 Earlier this month Federal Member for Page, the Hon. Kevin Hogan MP, announced a further $9.9 million worth of funding for the Northern Rivers Rail Trail.  These funds are for the construction of the 16.3km section between Bentley and the Lismore Railway Station.

The Northern Rivers Rail Trail will eventually cover 130km of unused rail track between Casino and Murwillumbah, providing an attractor for tourists and a great piece of infrastructure for the community.

In other news, Glen Innes Severn Council has announced that it will build the first 35km section of the New England Rail Trail between Glen Innes and Ben Lomond.  This is to be built on the Great Northern Rail Line between Armidale and the Queensland border, which has not had trains on it for 31 years. The trail will provide a safe, accessible, recreation infrastructure for cyclists and walkers.

As the fourth most popular form of physical activity for Australian adults, cycling infrastructure will attract people to the region who would not normally have visited. Completing this project has the potential to generate $2M of additional visitor expenditure from attracting 4,500 new day visits and 4,000 new overnight visitors to the region each year.  It is also estimated that the trail would be used by around 10,000 local residents.  Future stages would convert the remaining 67.5km rail corridor between Armidale and Ben Lomond to further boost local tourism.

“As the COVID-19 restrictions lift and we are able to travel between Greater Sydney and the regions, it’s great to see more funding go into developing cycling infrastructure that will attract visitors,” said Bicycle NSW Digital Content Coordinator, Max Singer.

“We look forward to being able to ride this trail in the future,” said Max.

For maps of places you can plan your ride, why not check out our website.