10 years ago, nobody thought of Sydney as a bike-friendly city.  Policy decisions ‘actively’ discouraged cycling and politicians ripped out bike infrastructure.  The removal of the College Street cycleway under Minister for Roads Duncan Gay in 2015 still haunts the cycling community. Today, a new cycleway on College Street is under construction and Sydneysiders benefit from leading active transport planning and delivery. How did this cultural change happen? 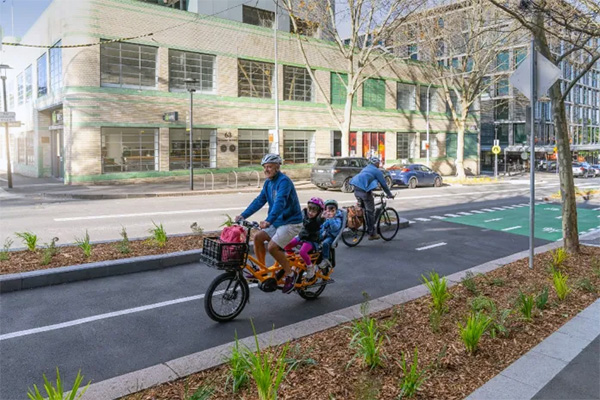 The recently completed separated cycleway on Miller Street in Pyrmont not only creates a safe space to cycle but also delivered a quieter, leafier and more walkable street for everyone (Source: Sydney Civil)

It is well worth watching the recording to hear leading urban thinkers and doers discuss how state and local governments can move forward with the community to achieve progress for walking and cycling.

Positive times for active transport in NSW! Of course, the political climate can be fickle and government priorities can change quickly.  Join Bicycle NSW and support us to advocate for a better environment for bike riding throughout the peaks and troughs of politics.