We were wrong and we owe Western Australia an apology!

Bicycle NSW compared the state government budgets for ‘active transport’, and divided by the 2019 population to find out our ranking. This was a complex exercise and some of the funds we thought were to have been allocated over 4 years in Western Australia, actually were for just one year. 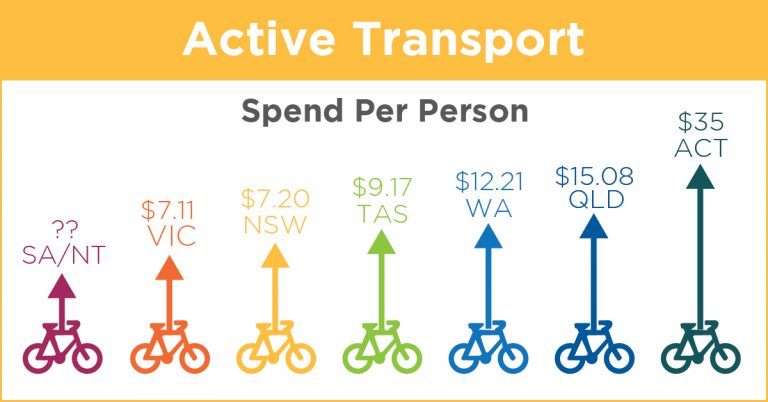 The ranking now is:

The total NSW budget of $256 million over four years, or $57 million per annum is also less than the $264M promise over 4 years made at the election, which would have amounted to $66M annually or $8.35 per person.

“Apologies to our Western Australian colleagues, active transport investment is important to the leaders in your state,” said General Manager of Public Affairs, Bastien Wallace.

The UN recommends spending 20% of the Transport budget on active transport. Underspend on safe, separated infrastructure for bike riding has left NSW with a legacy of inactivity, health, and congestion challenges.

“We’re calling on the NSW Government to help us catch up," said Bastien.