Melinda Tarrant, has been elected the new Bicycle NSW President this week after previous President, Jon Leighton OAM, resigned from the Board following 15 years of service. 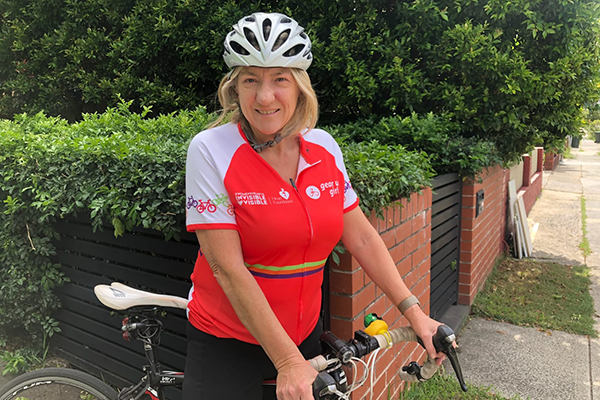 Melinda has brought a wealth of experience to the Bicycle NSW Board since she joined in 2015.  She has worked with several Boards over the last 15 years from the executive/management side, in the corporate world at American Express, CEO of a joint venture Business Travel company in Japan and as Director in charge of a Wholesale Currency business, and in the nonprofit world on the Board of Bicycle NSW. She was re-elected by members for a 3 year term at the last AGM.

Melinda’s passion for bike riding started with her role in supporting the development of a women’s education program She Rides at Cycling Australia.

This is where Melinda discovered much feedback from women that safety and driver attitudes have a significant impact on their frequency and enjoyment of riding. Melinda joined Bicycle NSW because she knew the only way to address this issue was through advocacy.

“On my daily cycling commute to work, I have found access to bike paths and bike lanes has made the experience safer and more enjoyable, and that Sydney in particular is one of the least attractive cities to cyclists due to the behaviour of motorists,” said Melinda.

“This is why the advocacy work of Bicycle NSW is critical to improve riding conditions through education, legislative changes and infrastructure developments.”

“As President, I will draw on my experience as a business professional, cycling industry alumni and female cyclist to set a strategy and provide governance that aligns with our values and broadens accessibility to riding across all facets of the community. I am honoured to represent Bicycle NSW in this capacity and am committed to serving the organisation and our members”, continued Melinda.

Bicycle NSW would like to thank Jon for all the significant contributions he has made since 2006. Under his leadership, Bicycle NSW became a key stakeholder to the NSW Government driving an agenda to create a better environment for all bicycle riders. This included the launch of the Minimum Passing Distance legislation, repealing mandatory ID, funding commitment for the Sydney Harbour Bridge ramp and advocacy for many important missing links in the bicycle network across the state. Importantly, Jon has passed along a strong and diverse board, plus a legacy of Bicycle NSW’s position as the peak bike riding advocacy body in NSW.

You can read more about the current Bicycle NSW Board Members here.