Work will begin next Monday (January 11) for the Northern Rivers Rail Trail. It’s an exciting step in developing more rail trails across NSW and being able to revitalise the local economies in these regional areas.

The local, Tweed Shire Council is planning a 24km rail rail along the disused Murwillumbah to Crabbes Creek rail corridor. Once state legislation has passed, it is hoped this will be the first stage of the 132km trail from Murwillumbah to Casino.

The first steps of the project will start by clearing vegetation along the Murwillumbah to Crabbes Creek rail corridor. Work will begin at the Wooyung Road near Crabbes Creek and head north. This clearing will allow access for the construction companies to inspect the infrastructure and prepare their final designs for the rail trail.

Tweed Shire Council have received funding from a variety of sources to see this rail trail come into fruition.

In 2018, the council received $6.5 million from the Australian Government until the Regional Jobs and Infrastructure Package Fund.

On October 15, 2020 the Northern NSW Branch Line from Murwillumbah to Crabbes Creek was formally closed when legislation passed the NSW Upper House. Following on, in December 2020, the NSW Treasury signed the deed providing $7.8 million to the Tweed Shire Council for the Tweed section of the rail trail. Along with another $600,000 to cover the marketing and operation costs for the first 3 years after opening the trail.

Now the funding has been secured, the local council will undergo a tender process for the final design and construction of this project.

The rail corridor will remain in the ownership of Transport for NSW which will allow for the public ownership of the land to be maintained.

The council is planning information sessions for the community in early February.

“We are thrilled to see work begin on this rail trail. We’ve seen the region around the Tumbarumba to Rosewood Rail Trail benefit so much and we are excited to see the towns around the Northern Rivers received the same,” said Kim Lavender, Bicycle NSW Communications Manager.

To stay up to date with the project, follow the Tweed Shire Council project page here. 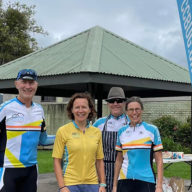 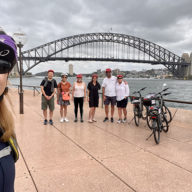 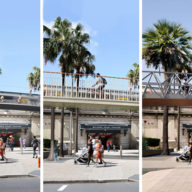 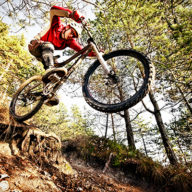