We are pleased to share the response received by the Hon. Alex Greenwich MP when he stood up for bike riders. 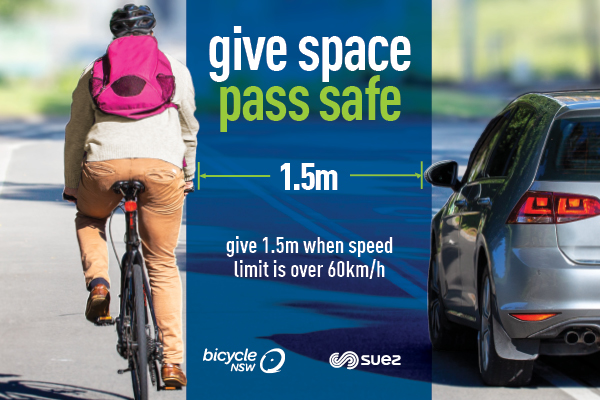 Alex has a long history of advocacy for bike riders.  From infrastructure funding and bike racks to legislative change to improve rider safety, Alex has spoken up consistently for positive change.

Bicycle NSW has called for a better road safety campaign aimed at educating drivers about the Minimum Passing Distance rule, and other behaviours to keep riders safe.  When we were let down on a promise to collaborate, we built our own.

Safety on Spokes enjoyed cross-party support at our launch, as well as from Police and other road user groups.  The response Alex received said that:

Given this has not happened for bike riders, we are glad to hear that the Centre for Road Safety intends to work with us after all.

The Minimum Passing Distance rule helps ensure that bicycle riders and motorists remain safe when sharing our roads. Drivers who pass a bicycle rider must allow a distance of at least:

“We need a quality campaign to educate all road users about safe passing and other laws that protect riders, so more people will be safe to cycle,” said Bastien.