In NSW, e-bikes are continuing to increase in popularity. 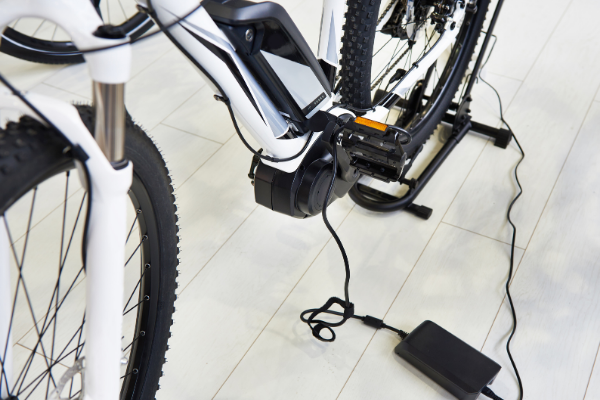 E-bikes (short for electric bicycles) are bikes that have an inbuilt electric motor providing assistance to the rider in addition to the pedals.

Under the Australian Vehicle Standards, e-bikes can be ridden on the road if the motor does not provide more than 250 watts of maximum continuous power. In addition, e-bikes must not be able to travel more than 25 km/h under this assistance.  E-bike users are equally covered by Bicycle NSW personal accident and public liability cover for Members.

The number of e-bikes in NSW has only risen over the pandemic period. Possible reasons for this include the increased ability to get around while remaining socially distanced from other people, as well as the increased reliance on on-demand food delivery companies, whose riders often favour the e-bike as their form of transportation.

In fact, from the period 2016 to 2019, e-bike sales tripled, with sales growing faster than any other part of the domestic bike market, according to Peter Bourke, General Manager of Bicycle Industries Australia. Retailer 99 Bikes also noted a year-on-year doubling in sales between 2019 and 2020. This has created a turbulent environment, as echoed by Peter McLean, Bicycle NSW CEO: "The space is evolving so quickly, requiring vigilance to stay on top of new developments as they arise from day to day".

At the moment, it seems that e-bike regulations in NSW have not been able to keep up with the number of bikes on the road, falling behind the standards set by progressive European countries. There have been pushes to increase the maximum allowed speed at which an e-bike can travel to 45 km/h - as is the standard in some European countries - which could increase on-road safety as riders can better keep up with motor vehicles. However, some worry that if this regulation is changed without an accompanying increase in dedicated cycle pathways, these powerful e-bikes will still be forced onto footpaths if traffic is too dense, which could prove dangerous to pedestrians.

The experience of riding an e-bike

Proponents of e-biking say that e-bikes make riding accessible for more people - particularly the elderly. In addition, health research shows that e-bike riders still do 85-90 per cent of the exercise of a normal bike.

E-bikes may also be an important part of a shift towards low-carbon mobility, often overlooked in favour of the e-car, despite a lower entry price and a higher per-unit sales volume. Taking into account its construction costs, e-biking is one of the most environmentally friendly transportation modes, after walking and conventional cycling. Many believe e-bikes are also a clear path to easing traffic congestion and vehicle emissions in metropolitan areas.

As part of the rise of e-biking, e-bike tourism is also seeing its time in the sun. Many people have found that these tours - such as those run by Sydney Harbour Bike Tours and Highlands Ebikes Guided Tours in the Southern Highlands - can be a great way to experience e-bike riding before committing to purchasing their own. The team at Bicycle NSW had the opportunity to experience tours with both companies and can highly recommend them for the enjoyment, the ability to see larger areas over shorter time frames, as well as the informed knowledge of the tour guides. 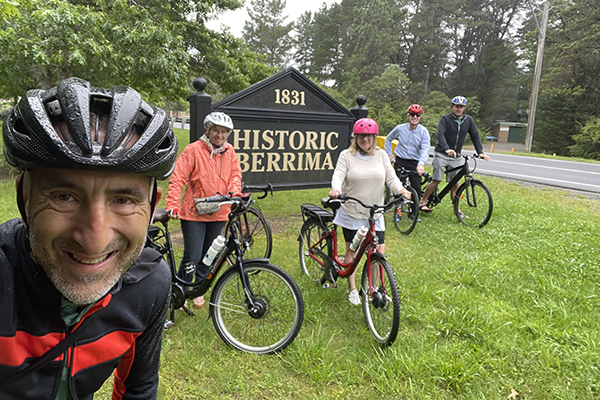