On 19 August political and industry groups gathered for the inaugural Electric Vehicle (EV) Summit to discuss the rapid implementation of EV's to tackle climate and cost of living pressures. This included subsidies and other measures to incentivise EV adoption and disincentive high emission vehicles. ‘But if we are serious about decarbonisation, we need to include e-bikes in the discussion on vehicle subsidies’, said Peter Mclean, CEO, Bicycle NSW. ‘E-bikes are, on average, 80 times cheaper to purchase than an EV and 40 times more energy efficient to produce.’

Some of the reasons why we back e-bike subsidies:

They’re for the people.

The cheapest EV in Australia is around $50 000. Even with a very generous and unlikely 30% ($15 000) subsidy, that’s $35 000 that most of us won’t have.  A quarter of that will get you an excellent e-bike. Subsidies would make e-bikes available to those who would most benefit from them.

People of any age and ability can ride an e-bike confidently up hills and long distances with ease. 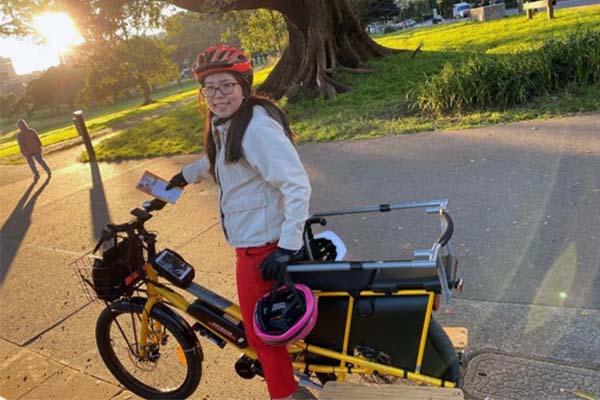 ‘EVs don’t address the multibillion dollar social and economic burden created by traffic congestion, or the human toll.  In each State of Australia, up to 2 million trips under 2 km are made every day.’ In 2019 this cost $19 billion nationwide and is estimated to cost 38.9 billion by 2031. ‘We need to address this issue because we can't just replace every vehicle with an EV and keep building more and more roads. This is an opportunity for a mode shift and e-bikes are an incredibly efficient option for these millions of short trips.’  Peter Mclean, CEO, Bicycle NSW.

A substitute for cars.

For many, e-bikes and e-cargo bikes are viable substitutes for cars. E-bike commutes compared to normal cycling tend to be further and more regular regardless of weather and conditions.

What? ‘The Virtuous Cycle’ explains that ‘bicycle-friendly’ societies such as The Netherlands, the UK and France, etc., became safer for cyclists (compared to Australia) when a critical mass was reached sufficient to change driver behaviour. This cultural shift occurred decades before adequate bicycle infrastructure caught up, but it accelerated the demand for better infrastructure. It’s all about numbers. At BNSW to encourage rapid mode shift we have to ride and chew gum i.e., campaign for better infrastructure and policies that encourage active transport.

A new systematic review found ‘e-cycling offers a physically active alternative to the largely sedentary behaviour associated with motorized commuting,” it also found that regular riding benefits users … ‘not only in terms of their fitness, but also … blood pressure, fat metabolism, and their mental well-being.’

This finding comes as no surprise to cyclists because riding (as opposed to driving) is active, social and fun.

The transport sector is responsible for 25-30% of the world’s carbon emissions. To reach Net Zero as quickly as possible, The UN and the IEA are calling for a rapid and large-scale switch to active transport.

You can easily fit 10 bikes in the space of one car. 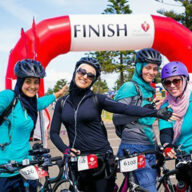 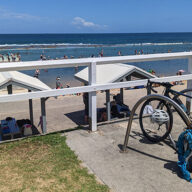 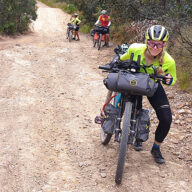