Bicycle NSW successfully campaigned for the Minimum Passing Distance (MPD) law as a way to improve rider safety on our roads. Many road users make room for riders, but we all rely on police to enforce the laws when this doesn’t happen so there is a behavioural change. 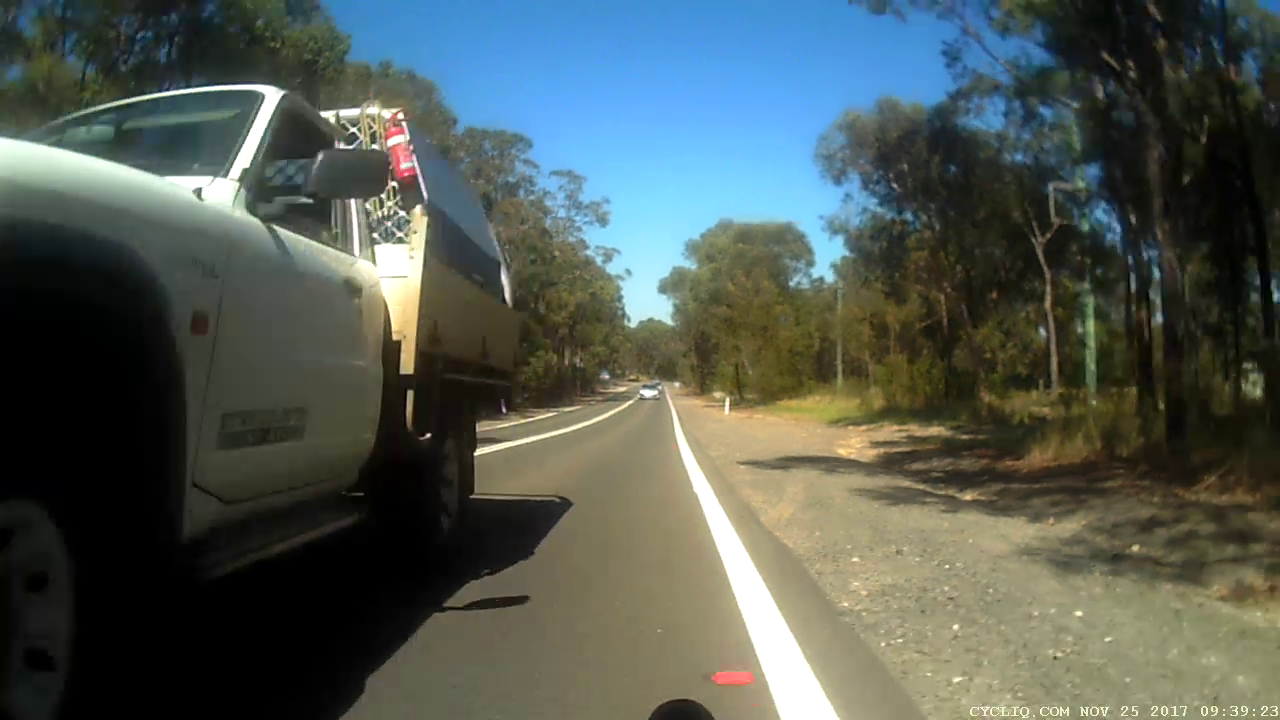 Photo taken from back of bicycle. Image shows ute passing within one metre of bike rider.

A recent Freedom of Information Request by the Dulwich Hill Bicycle Club found that between March 2016 and May 2018 only 65 Traffic Infringement Notices for unsafe passing were issued.

You can see all the locations here.

“On my first commute into the office by bike, I counted more close passes than the total number of infringement notices issued for the whole of Sydney in 2 years," said Bastien Wallace, General Manager of Public Affairs, Bicycle NSW. “What we really need is behaviour change. We know that awareness of MPD isn’t great and enforcement doesn’t seem to reflect what’s happening on the road,” Bastien said.

Bicycle NSW shares the government’s ‘Towards Zero’ goal of halting deaths and serious injuries on NSW roads. We call on Transport for NSW to increase its focus on education, and on the Police to enforce minimum passing distance.