The Tweed leg of the Northern Rivers Rail Trail is one step closer to development after last week's council meeting. 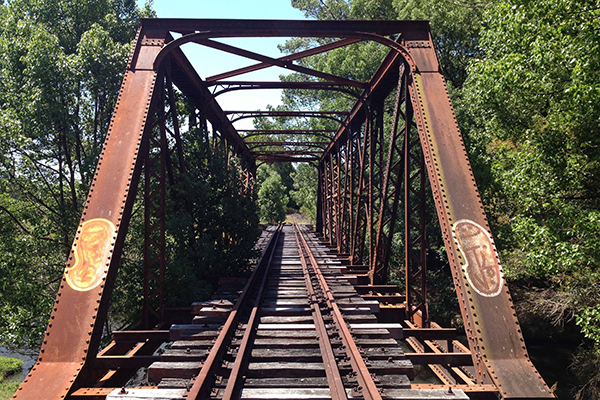 In an interesting council meeting, the final decision was made in a confidential hearing following legal advice that was sought after a threat of legal action by a third party group.

The design will now be refined if needed and finalised, after which the community will be able to view the final rail trail design.

About the Northern Rivers Rail Trail

The trail is a proposed 132km path from Murwillumbah to Casino, within the rail corridor of the former North Coast Rail Line. The original rail line opened in 1894 and connected 24 stations, before it was closed in 2004.

The Northern Rivers Trail Trail will be constructed in 4 stages, each delivered separately by the 4 local Councils, as funding allows.

The Tweed section of the Northern Rivers Rail Trail is the first stage to go ahead. It will include 24 km of shared-user path from the former Murwillumbah Railway Station to Crabbes Creek, terminating south of Wooyung Road.

This stage incorporates 2 tunnels (one being 517m long), 26 bridges and provides multiple vistas of the Tweed Caldera landscape.

Funding for the Tweed section has been provided by the Australian Government, under its Regional Jobs and Infrastructure Package Fund, and the NSW Government under its Restart NSW program.

“It’s fantastic to see more rail trails going ahead in NSW. After the success of the Tumbarumba to Rosewood rail trail, it would be great for more regions in NSW to reap both the economic and physical activity benefits,” said Bicycle NSW Communications Manager, Kim Lavender.

More details of the project can be found on the Tweed Shire Council website.