After two years of Covid-19 restrictions and cancelled events, bicycle riders can finally look forward to a year full of cycling events. One of these events is The Mailrun Charity Bike Ride which will take place in Singleton on Sunday 10 April. With 4 different distances to choose from, there is a ride for every bike rider in this family friendly event.  All courses conveniently start and finish at the Singleton Civic Centre and run through the beautiful Hunter Valley farming landscape. 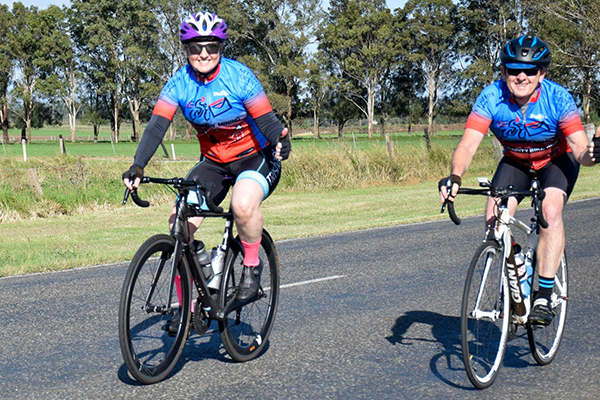 Now in its 15th year, the Mailrun Charity Ride is a vital fundraising event for the Singleton Family Support Scheme and a great opportunity for them to establish and build partnerships with local businesses. Ken Dreaper, the founder of the Mailrun Charity Ride, said that back in 2008, the very first Mailrun ride followed the route of his father’s mailrun around the Scotts Flat, Glendon, Mitchells Flat, Glendonbrook and Westbrook area. Ken decided to ride the route with his cycling group to commemorate the passing of his father. From 2011, the now annual event, became a charity ride for the Singleton Sleepover Respite Cottage in memory of Ken’s mother who had been the patron and passed away in that same year.

“It is inspiring to see a member of the community turn personal loss into a community benefit”, says Bicycle NSW CEO, Peter McLean. “The Mailrun’s attendance and fundraising performance has been astonishing and serves as an example of how the activity of bicycle riding can be a vehicle for change.”

Last year, the event attracted 567 riders with more than 70% of them coming from areas such as Sydney, the Central Coast and Newcastle. Not only did the event raise $48,000 for Singleton Family Support Scheme but the visitors from outside the area also made an important financial contribution to the community of Singleton.

When asked about future plans for the event, Diana Deaves, Project Officer at Singleton Family Support commented: “At the moment the plan is to continue providing a quality event each year. It is getting bigger each time we run it, [raising money] to provide vital services and support to the local community and families.”

Click here to register for The Mailrun and to support a wonderful small community by doing something that we all love: riding our bikes!