One of Australia’s most popular and familiar regional rail trails is only 250km northeast of Melbourne. The entire Murray to Mountains trail is sealed and mainly flat excluding the Everton to Beechworth/ Yackandandah section. 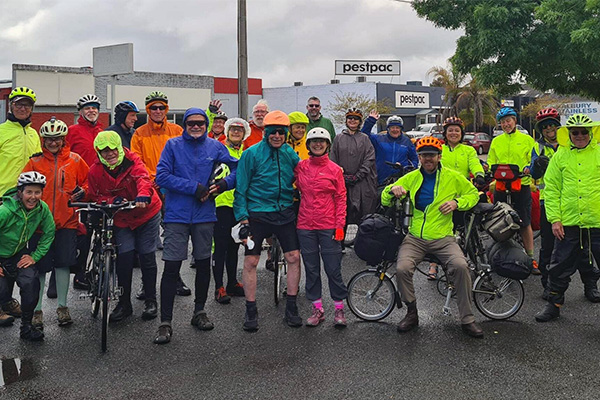 The appeal of nearby attractions and a healthy dose of wanderlust drew Ride Leaders Mike MacDonald, Michael Saunders and, Rob Purse from Bike Leichhardt in Sydney and a group of 23 adventure seekers to this exciting region. What happened along the track with great friends celebrating milestone birthdays together, will be the highlight of many conversations for years to come. 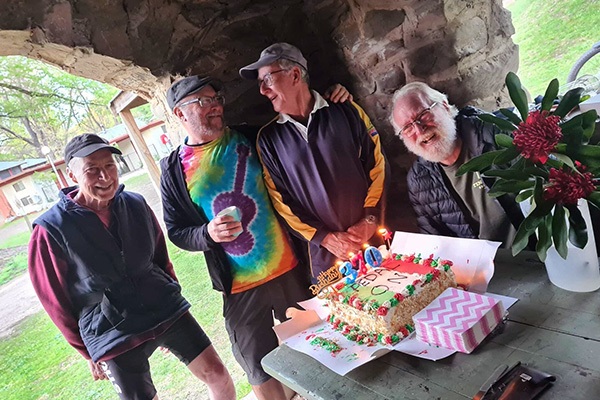 “The Tour was so named because five riders had big “O” birthdays two of those turned 80 during the year,” said Mike. 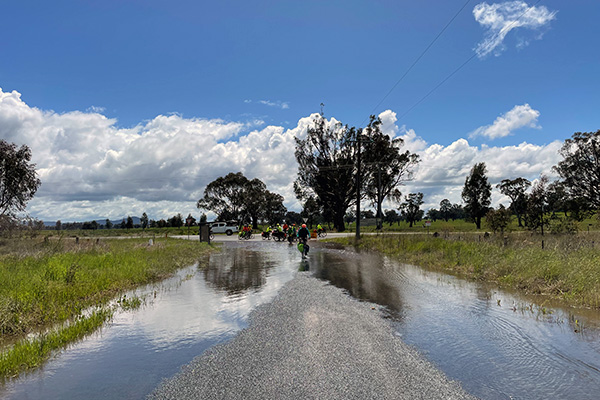 While the weather forecast wasn’t ideal, riders still donned raincoats and set off on a partly flooded trail. Flooded roads with light traffic were also challenging and needed to be negotiated out of Albury and Wodonga. Mike explained, “We dodged the rain in parts but were rewarded with some sunny breaks and spectacular scenery along the lake. We visited the Hume Weir for a lunch break and to view the water pouring out of the gates into the mighty Murray River, a sight to see.” Riders continued along the lake road over the decommissioned Sandy Creek Rail Bridge, where farming and mining goods had been transported for almost a century. Interestingly, after the second world war 300,000 migrants road over the same bridge to claim their Australian citizenship. 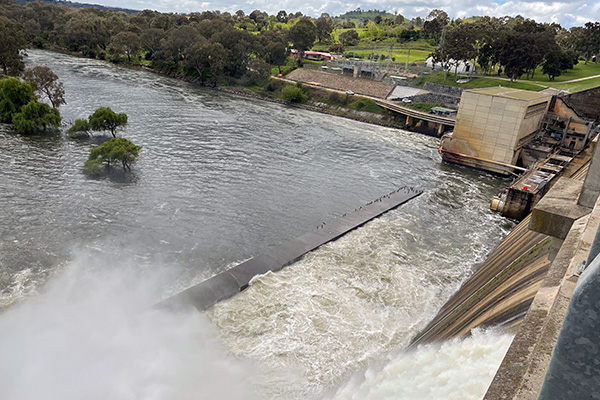 Relieved for a break in the weather and with the Rail Trail now behind them, riders navigated the quieter roads to Yackandandah, stopping for morning tea at Tanambalanga and lunch at Yack. “From here we joined the newly completed Rail Trail to Beechworth a top ride but with a steady climb before us into historic Beechworth. We overnighted here without too much time to sight see but had a great feed, fun and, a few locally brewed beers at Bridge Road Brewers,” said Mike. 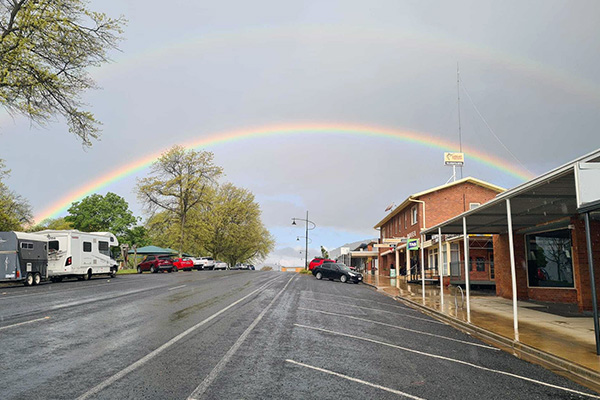 Steering back onto a quiet road and with a steady climb up to Standley, there was an exhilarating downhill ride into Myrtleford for lunch and then onto Bright via the Rail Trail.  “We had a rest day here where riders took on many activities, some road on the Rail Trail to Harrietville, three riders still had the energy to ride the 20km up to Mt Buffalo. Others did a spot of Trout fishing and sightseeing,” described Mike. 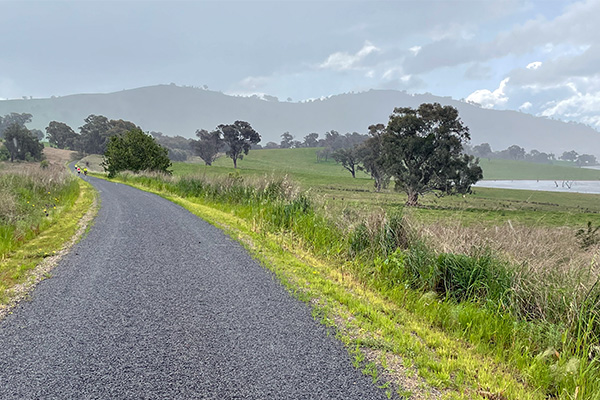 Back on the ever so popular flat Rail Trail into Wangaratta, tea breaks and lunch were enjoyed at Myrtleford and Everton with some participants finding time to stop in Milawa at the Cheese Factory. One group encountered a fallen tree across the road, bikes had to be lugged over branches for them to continue. Riders arrived just in time for dinner at a great Italian restaurant called Rinaldo’s, a must according to Mike! 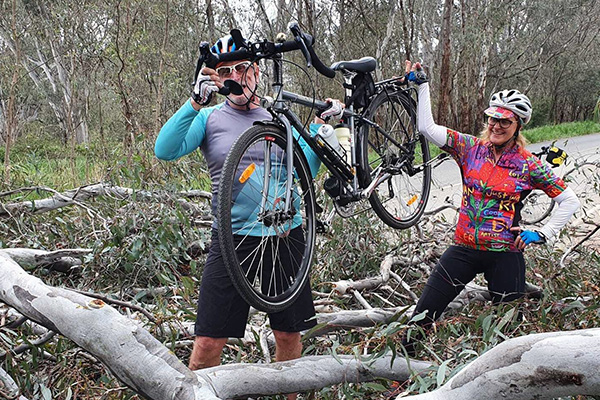 Unfortunately, routes needed to be adjusted due to flooding, some were on Rail Trails and others along quieter roads. Lunch was in the beautiful Wine district of Rutherglen then onto a short Rail Trail into Corowa. The weather was still holding but with ominous signs.

Scheduled as a rest day, most riders chose to head back to the cars in Lavington. Everyone found it to be a very enjoyable and interesting ride back despite some flooding around Albury. One brave rider even decided to test the water crossing.

A great ride that will be repeated by Bike Leichhardt.