Thousands of bike riders will benefit from the new cycleways being proposed along Oxford, Liverpool and College streets.

As one of the busiest cycling routes in NSW, City of Sydney and Transport for NSW wanted to create safer spaces for people to ride into and out of the CBD. 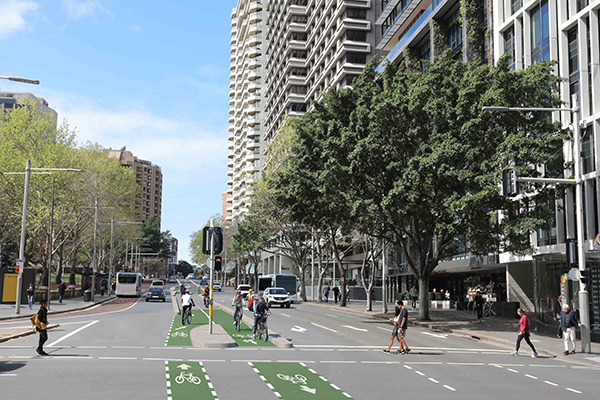 About the New Cycleways

These new 1.7km cycleways will run from Taylor Square along Oxford, Liverpool and College Streets to the City Centre. It will also join the existing cycleway network at Bourke and Castlereagh streets to ensure the bike network is connected.

Interestingly, the proposed cycleways will run up the centre of Oxford and Liverpool street, rather than one of the sides. This will ensure no major interference with the operations of bus lanes, parking, taxi ranks and loading zones.  Whilst for College Street, there will be a two-way cycleway on the western side.

“A great thing about this design is that they’re using easy-to-install separators so the whole project can be done rapidly. With so many more people jumping on their bikes over the last six months, having more safe spaces for them to ride is fantastic news,” said Kim.

If you would like to support these cycleways, please have your say on the City of Sydney feedback portal here.